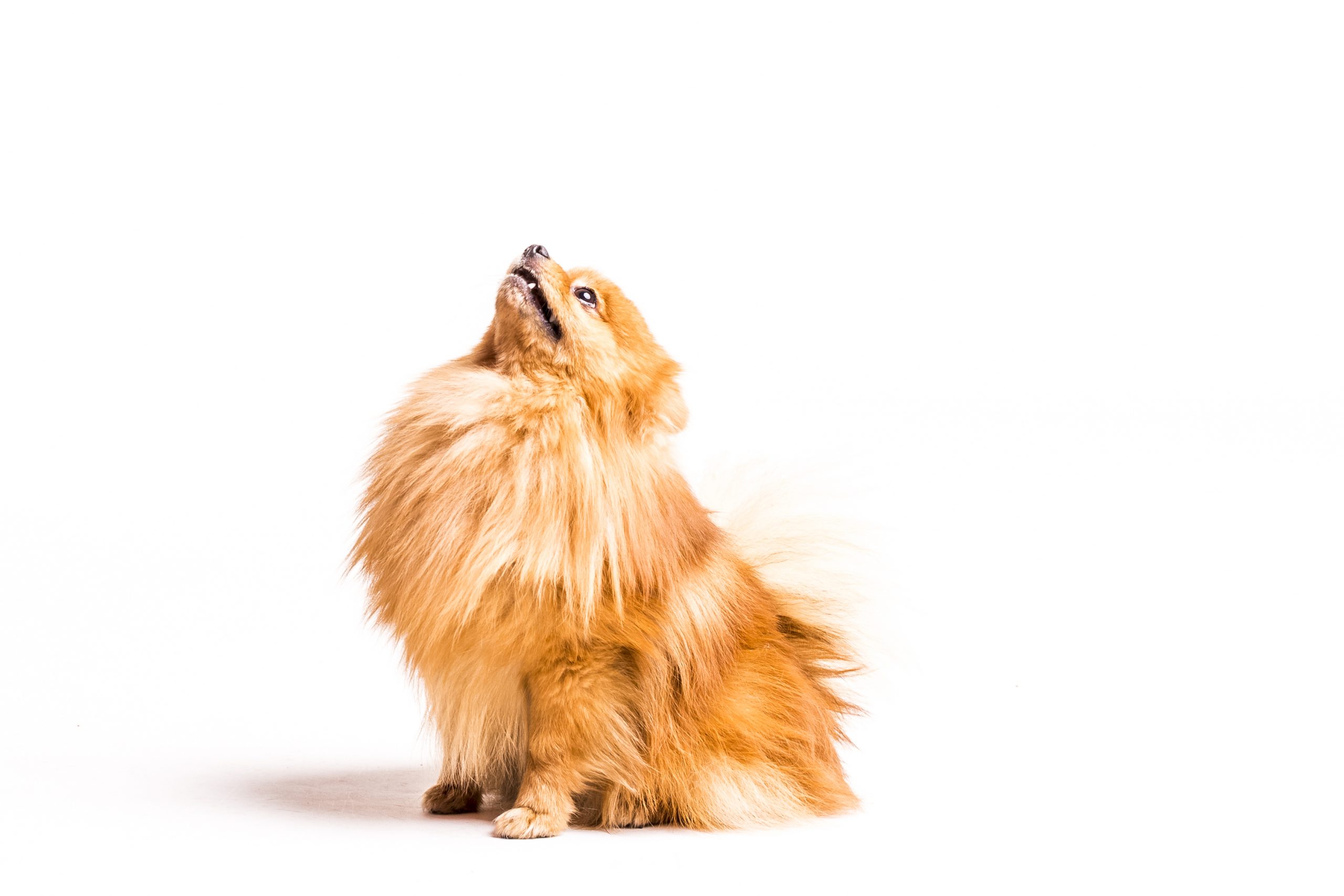 Are Pomeranians Smart? A Look Into The Breed

If you spend a lot of time with dogs, you’ll probably come across a pomeranian at one point or another. Tiny and fluffy, this small breed is a popular choice for many people. They’ve even made their way into Hollywood, gracing the homes of celebrities like Paris Hilton and Keanu Reeves. But what is it that makes these dogs such a fan favorite? Their luxurious manes and energetic attitudes may fit the bill for some. However, you may wonder what lies beneath all the fluff. Is their intellect to match their looks? We at Furzly will attempt to examine these fur-balls more closely and answer the question, ‘are Pomeranians smart?’ 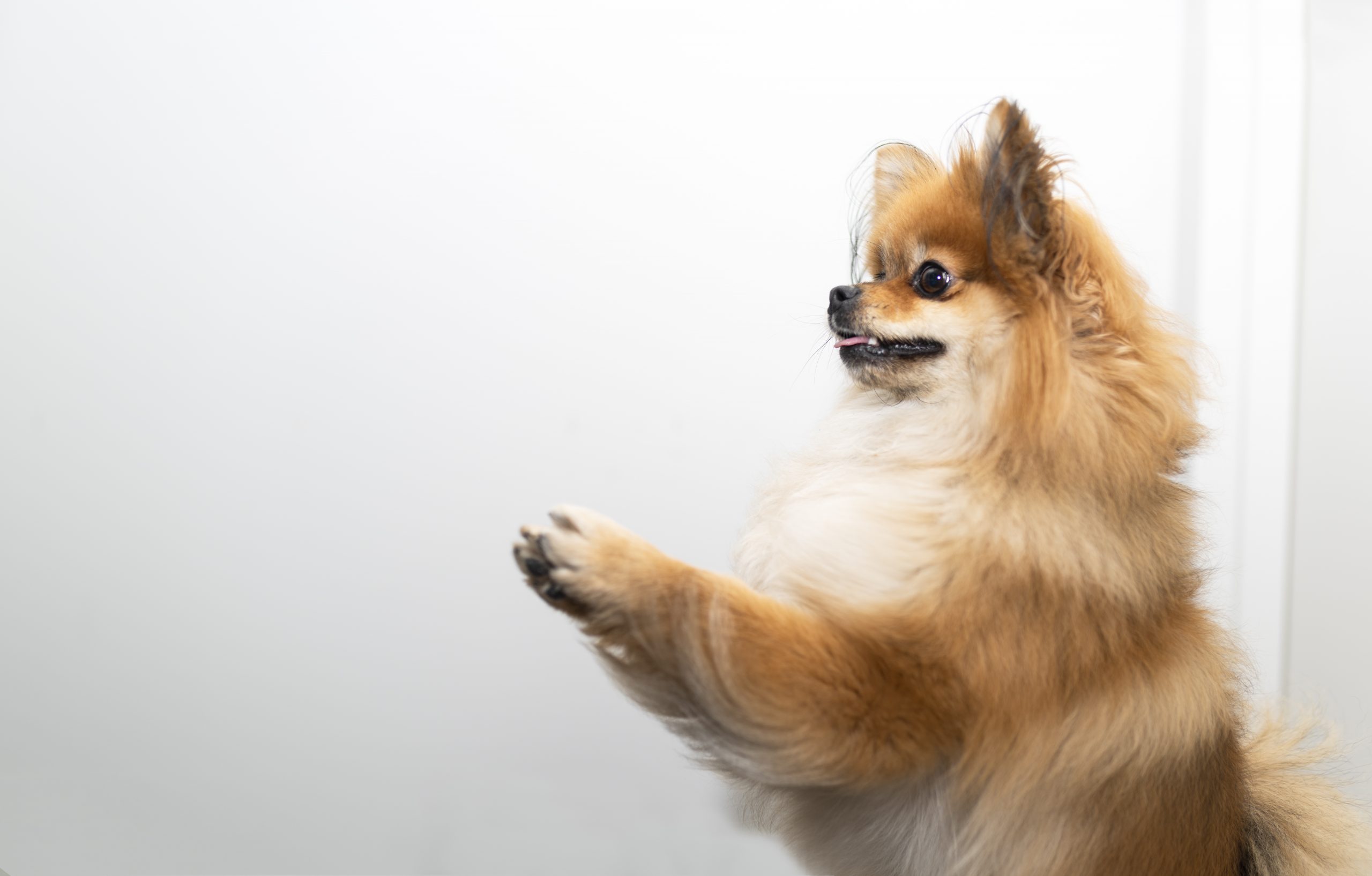 For many dog owners, one of the most important criteria for a dog is trainability. This is especially true for working breeds or family pets, which require a certain level of obedience. Being able to teach a dog commands can be a crucial part of building trust between you and your pet. And let’s face it- a well-trained dog can be an all-around easier option. Although training a dog relies heavily on both the dog and the trainer, some would argue that some dogs just take to it more easily. It’s no secret that some breeds are generally easier to teach than others. So how does the pomeranian rank? When compared to other dogs, are Pomeranians smart?

The short answer to this question is: yes! Pomeranians are smart! Although mostly known for their soft coats and tiny size, they are quite intelligent as well. This conclusion comes from a few different factors, including history and the current state. To start, we’ll begin with the history of the breed.

History of the Pomeranian

To better answer the question of ‘are Pomeranians smart?’, we’ll have to look back in time. It turns out that they aren’t as new as a breed, as you might think. Although they didn’t earn their official title until the 1970s, Pomeranians have been around for many centuries- or at least their ancestors have. Spitz dogs can be traced all the way back to 400 B.C.! Although, they were far different from how Pomeranians are today. Much larger in size, the original use for the breed was to be a sled dog in Poland and Germany. However, this seems impossible for the little canines that we know and love today. Still, even the tiniest pomeranian has a giant, sled-pulling ancestor!

Moving into the Castle!

From their origins in Poland, Pomeranians have come a long way to be integrated into households. Previously referred to as the “wolf-dog,” they were imported from Pomerania, Germany, into England. Soon after, they found their way into the English monarchy via Queen Charlotte. Marrying King George III, she brought her pets with her into the new country. It was shortly after their arrival in England that they began to catch attention for their unique qualities. With the formation of the first English dog shows, Pomeranians began to leave their mark as “non-sporting foreign dogs.”

Eventually, the English Kennel Club officially recognized the breed, and they were registered under their current name. No longer the “wolf-dog,” breeders began to take interest and attempt to produce smaller dogs with a larger variety of colors. Once breed standards were decided upon, the breed was able to compete more easily in dog shows. From there, they made their popularity spread to America. Now far smaller in size and praised for their fluffy fur, they’ve quickly become a popular family pet!

With a long history of being a sled dog as well as a royal favorite, Pomeranians make for both a good companion and worker. This hints to both a wonderful personality and the ability to be trained. However, the breed doesn’t do much sled-pulling these days. Moreover, their current stature leaves them unfit for most labor-intensive duties. Therefore, just knowing the history of the breed doesn’t fully answer the question, ‘are Pomeranians smart?’ Because of this, we need to examine how well their intellect has carried over the years. 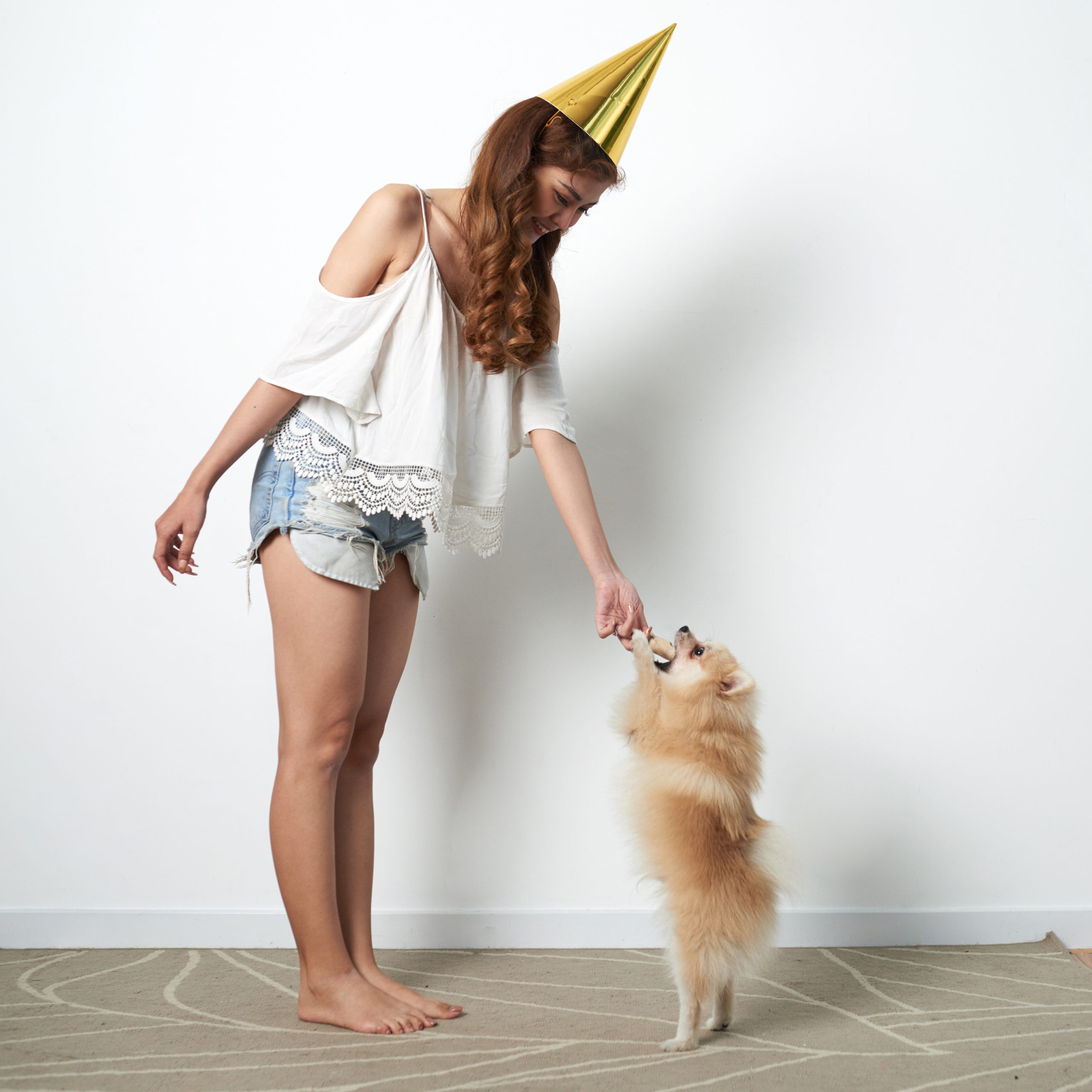 Nowadays, Pomeranians are hardly thought of as “working dogs.” Although still fluffy balls of energy, most of them spend their days getting groomed rather than doing any major work. It’s true that the breed is typically purchased for looks and personality. However, this doesn’t mean that Pomeranians aren’t also intelligent. In fact, there’s evidence to suggest that they have above-average intelligence! To answer the question, ‘are Pomeranians smart?’, let’s take a look at more recent findings.

One method of determining breed intelligence is through consulting canine psychologist Stanley Coren’s infamous list. Composed in 1994, this list is the result of testing various dog breeds in three categories: instinctive intelligence, adaptive intelligence, and work intelligence. Although not all breeds are included, Pomeranians appear as the 23rd smartest dog breed. According to Coren’s book, The Intelligence of Dogs, they have an 85% success rate for following a taught command on the first try. In addition, actually learning a new command is a relatively short process. They only need an average of 5-15 tries before learning the command. Overall, Pomeranians are quick and reliable learners, which is what earns them such a high placement

It’s clear that the pomeranian breed has made waves in society. Not only are they fun, social dogs, but they’re also really smart! In general, the breed is a good choice for owners who want a quick-learning companion. However, it isn’t necessarily fair to judge a dog by its breed. Just like people, each dog is unique. This means that answering ‘are Pomeranians smart?’ only goes so far. Any breed can have especially bright individuals! In truth, knowing whether or not a dog is smart comes down to personal experience. And as we mentioned before, dog training relies on both the dog and the trainer.

Are Pomeranians Smart? The Conclusion

After looking at the history of Pomeranians, it’s clear that their ancestors were intelligent. Learning how to drive a sled is not an easy feat! Modern Pomeranians also have an impressive intellect, ranking high on Coren’s list. The evidence suggests that Pomeranians are not only lovable but also quick to learn. View more puppies for sale. If you’re looking for an easily trainable companion, they might be the right fit for you! Plus, who can resist those fluffy coats? 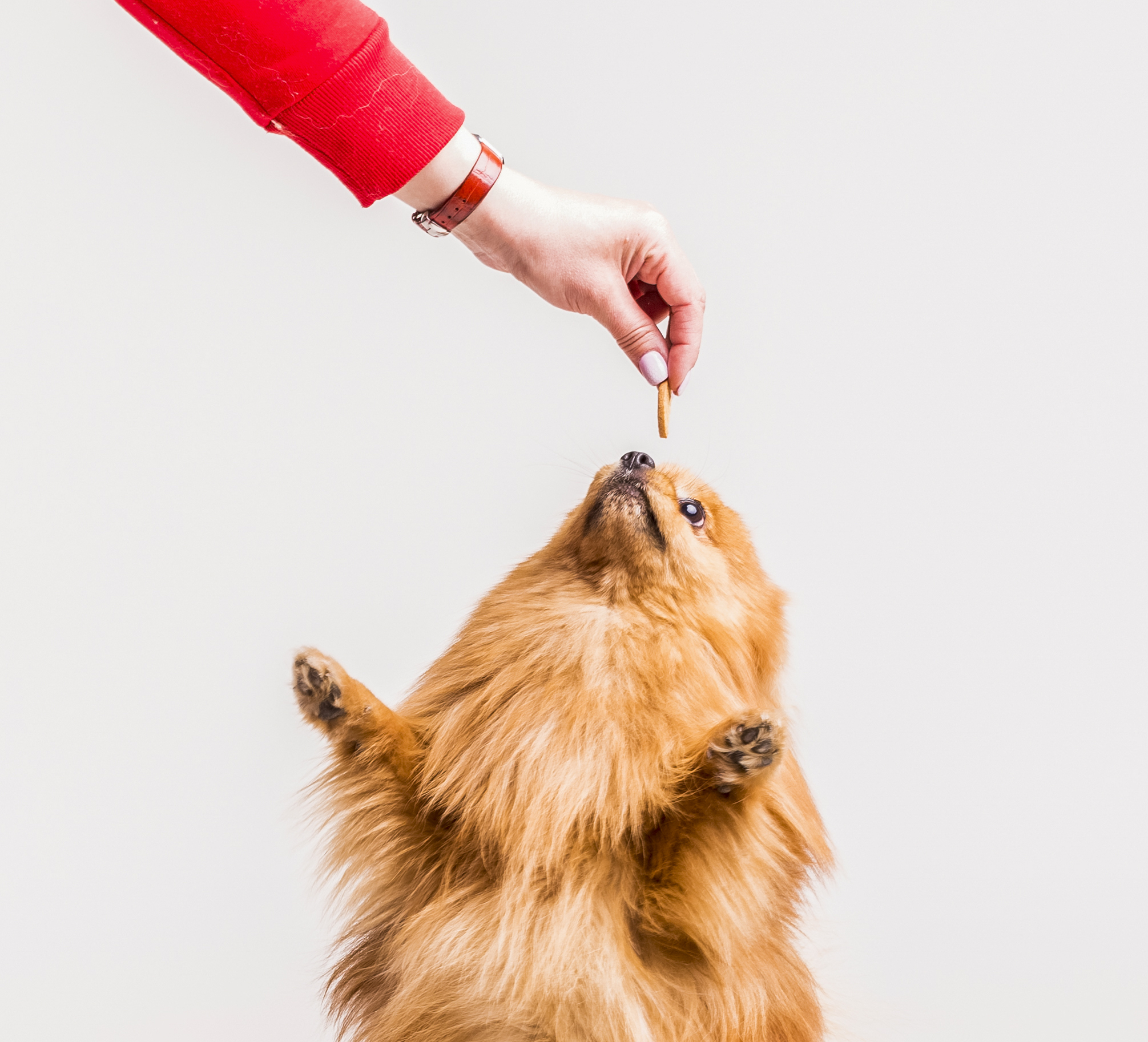 Samantha Johnson
How To, Pomeranians

How to Train a Pomeranian: A Quick Guide 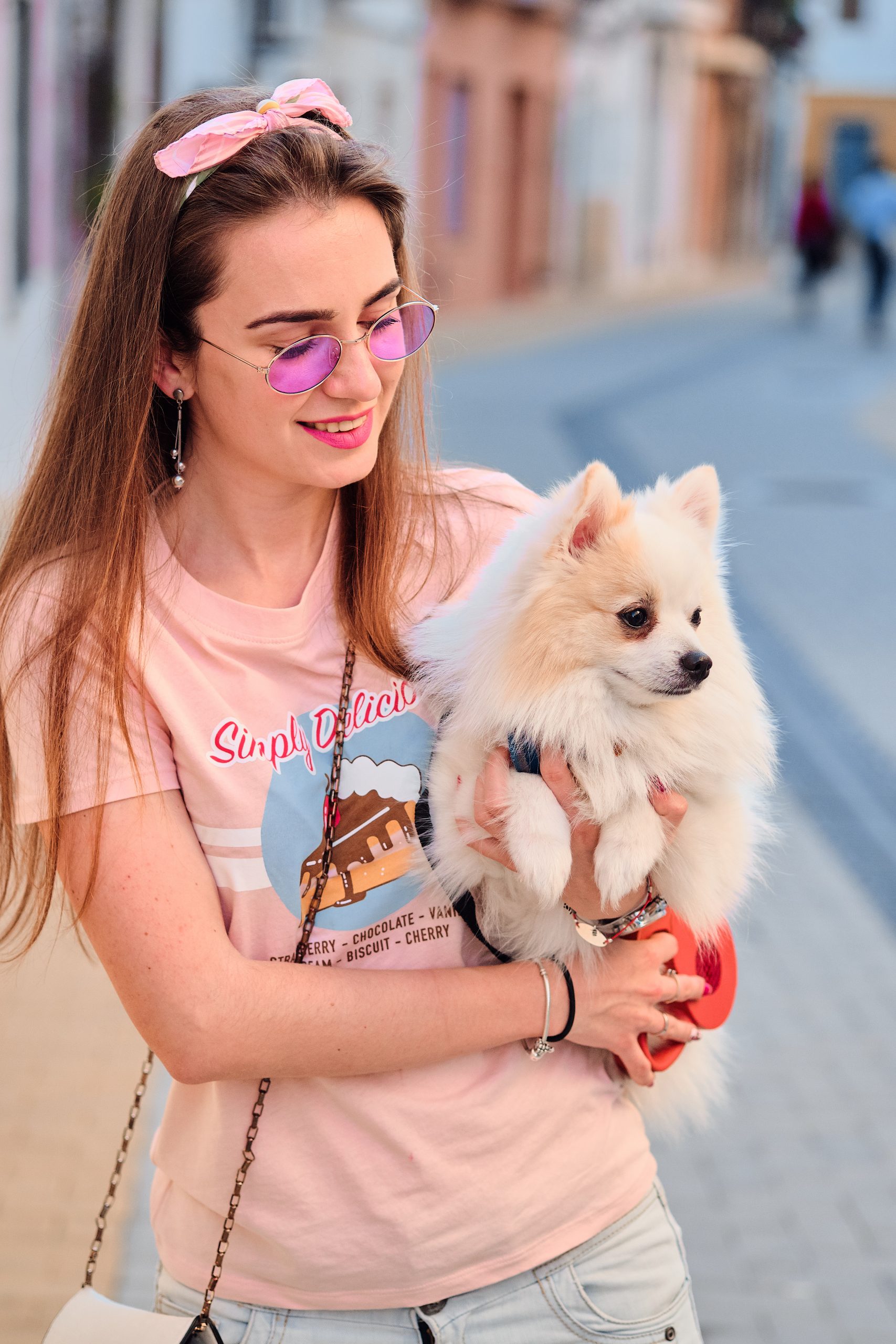 Are Pomeranians Good With Kids?